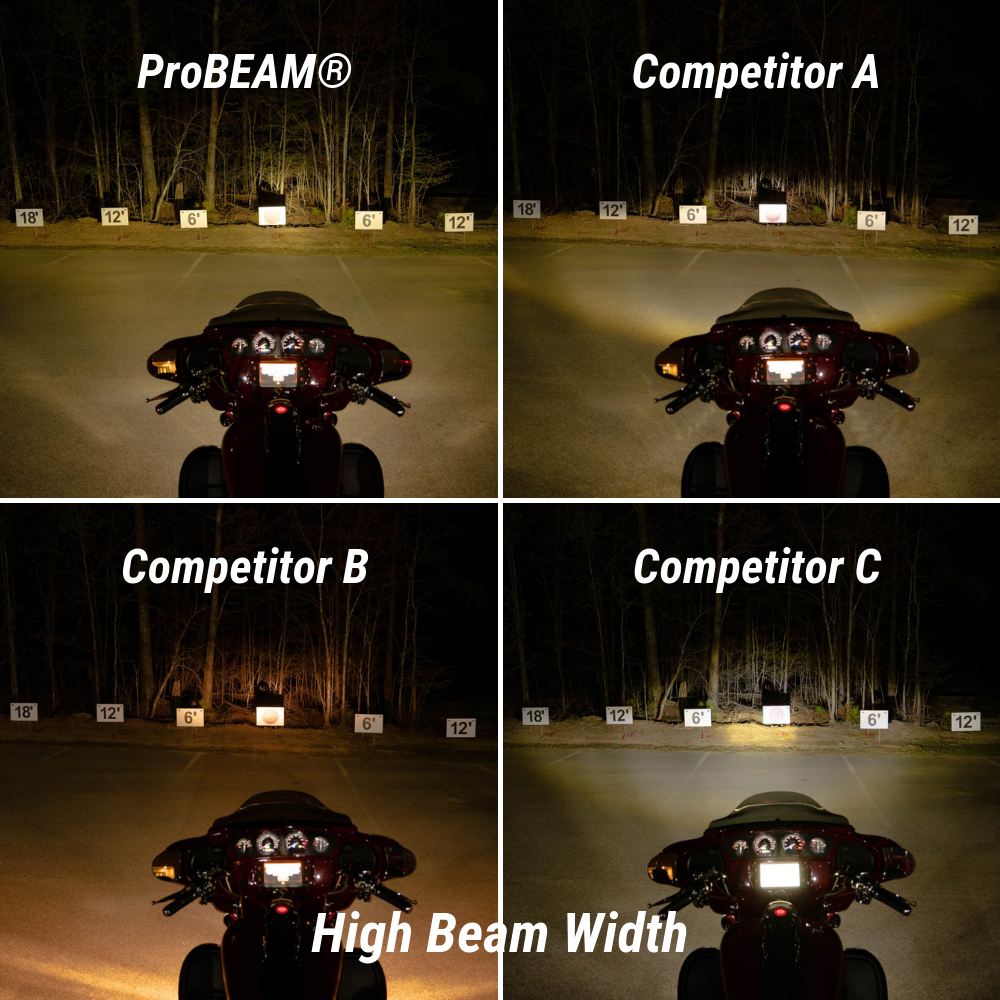 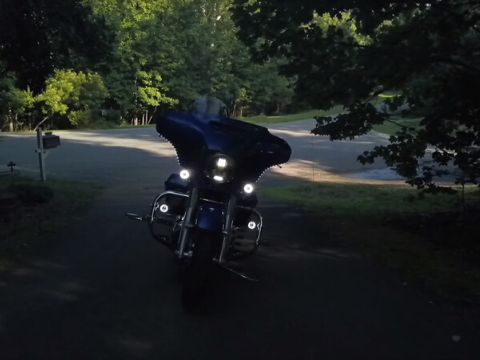 Stock lights on most motorcycles don’t provide much visibility. Incandescent bulbs are used as a low-cost option for manufacturers and they lack any significant benefit. Even motorcycles with stock LED lighting can benefit from higher quality aftermarket LED lighting upgrades.

The same is true for Motorcycle LED Saddlebag Latch Lightz™. A new release, H-D Owners are falling in love with LED Latch Lightz™! While these are a direct, plug and play replacement for OEM Harley-Davidson® hard saddlebags, they add LED Lighting where previously there was only a reflector, stock. Automatically this increases the side visibility of the motorcycle. While a reflector is nice, having LEDs which function as run, brake and/or turn signal is without a doubt better! 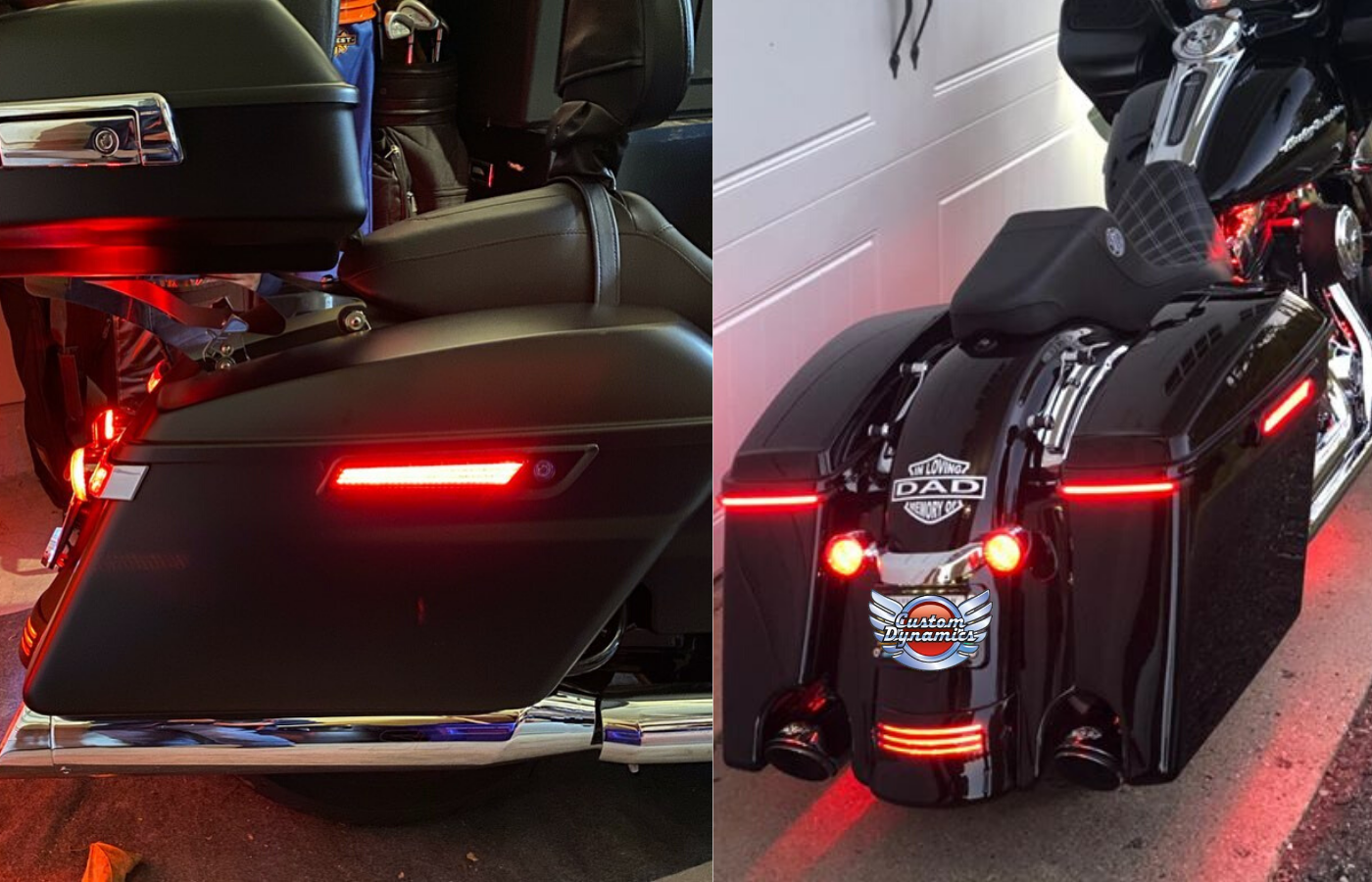 Latch Lightz™ utilize COB (Chip on Board) LEDs which are relatively new to the market. COB LEDs have multiple LED chips in a single module. The benefits are vast. COB LEDs take up less space so the highest number of LED chips can be incorporated. This in turn provides a brighter light output. Because of their design, heat is dissipated which increases efficiency and reduces the rate of failure. Plus, light loss is significantly decreased while the viewing angle is increased.

Safety is hardly the only advantage LED lighting offers. LEDs simply last longer than incandescent and halogen bulbs. LEDs are much more durable without any breakable glass or filaments. Some estimates predict the lifespan of an LED to be 35+ times longer than incandescent/halogen bulbs. Even when an LED does finally fail, it’s typically a “partial” failure. Meaning, on a long trip if a single LED stops illuminating, you still have the rest of the unit working properly to get you home. Not to mention, Custom Dynamics® LED Motorcycle Lighting products are backed by a Lifetime LED Warranty. It is true that LEDs will cost more upfront but, there is a bigger savings over time when they don’t need to be replaced repeatedly. That means more gas money to really enjoy your motorcycle! Plus, LEDs use less energy and produce less heat – your bike will thank you!

ShareTweet
SHOP PROBEAM MOTORCYCLE LED LIGHTS!
Leave a Comment
Want your image to appear next to your comment? Get a gravatar!

So far, 2020 has been a ride with plenty of bumps and curves! The novel Coronavirus presented a variety of unprecedented challenges to work through. At Custom Dynamics® the safety of our employees, customers, and suppliers comes first. To keep our team safe, we implemented additional safety measures at our facility for our on-site staff. […]